Watch the video
Impression of the museum

Now on display at the museum

The 101st Airborne Museum in Bastogne is housed in the former Mess of the Officers of the 2ème Régiment de Chasseurs Ardennais, a building dating back to 1938.

During the occupation of Belgium – May 1940 until early September 1944 – this magnificent building was used as an “Unteroffiziersheim” by the Germans stationed in Bastogne.

From September 1944 to the end of 1945, it was used by various American units and the Red Cross. This unique building with its rich history is the perfect place to display the history of the 101st Airborne Division and the American and German units involved in the battle of Bastogne in December 1944 – January 1945.

The bombardment of Bastogne

In the night of 24 to 25 December 1944, the German Luftwaffe bombed the surrounding town of Bastogne.
Junker 88 bombers dropped one ton bombs causing a lot of casualties and dammages.

Come and visit us and experience the Christmas Eve bombing of December 1944 in a basement. 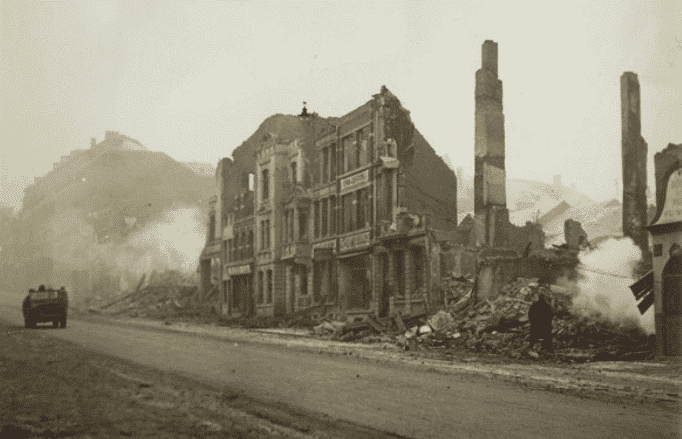 The bombing simulation is a unique, amazing and impressive experience that will not leave you indifferent

So much more than a museum in Bastogne

How does the 101st Airborne Museum in Bastogne differs from other war museums in Belgium? As a visitor, you can not only take a closer look at material things, but the emotional experience is also given an important place in our war museum in Bastogne. The collection of valuable items, artillery, personal belongings of the soldiers, dioramas and showcases provides an informative touch in our war museum in Belgium. To give you a better idea of the events in the Ardennes during the winter of 1944-1945, a real-life experience is not to be missed. A large number of visitors have already experienced a bombing at close quarters in the air-raid shelter. Impressive, emotional and haunting were just some of the reactions of visitors to our war museum in BASTOGNE. 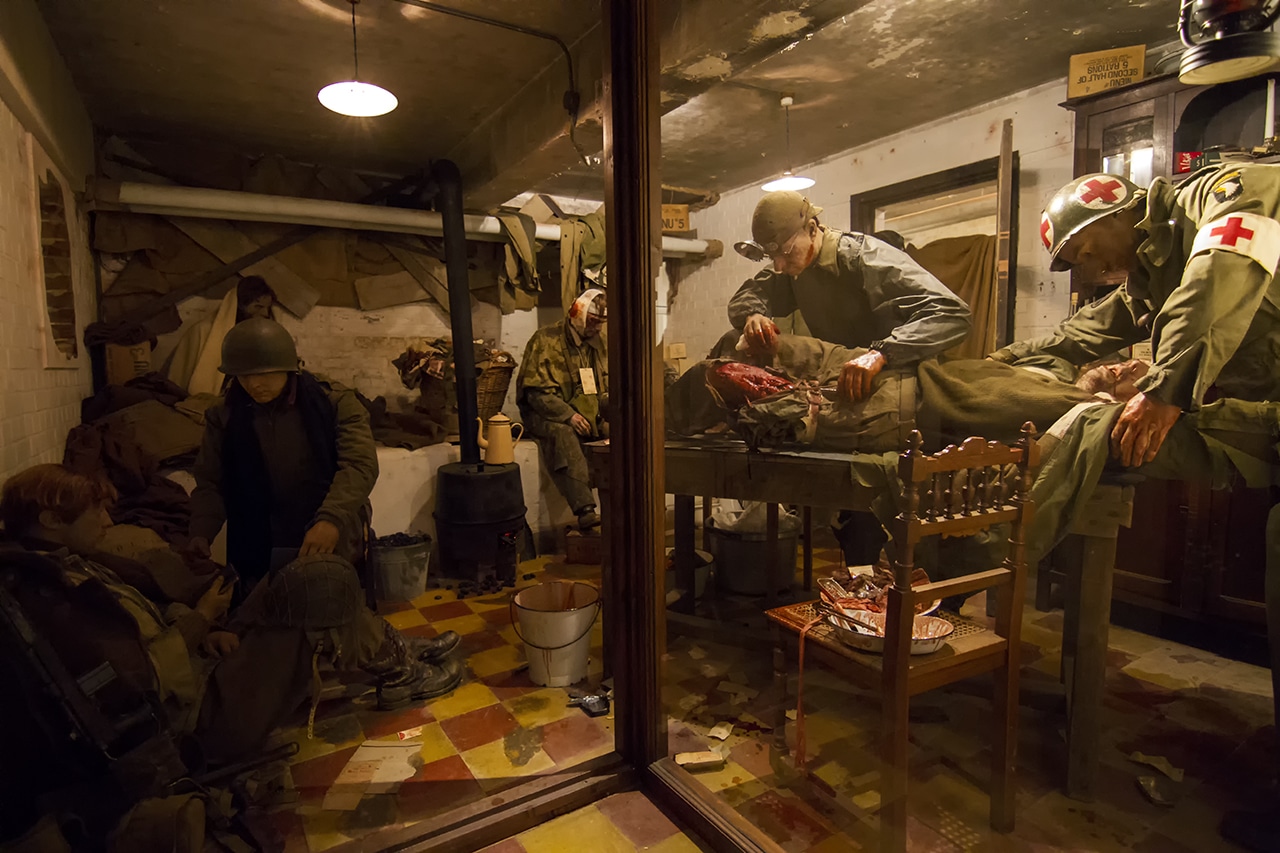 A stunning and unique achievement in the world !

Vincent Speranza, un young paratrooper of H Company 501st Parachute Infantry Regiment arrived in Bastogne on the 19th of December 1944.
His first contact with the reality of war was the terrible battle of the Ardennes from which he will come out bruised forever.
The 101st Airborne Museum pays special tribute to this veteran from the Ardennes’s hell trough a unique achievement in the world, a mannequin
achieved on Vincent himself at the age of 92 »

That amazing storry gave a nickname to Vincent, « The Airborne Beer Man ». To discover in the 101st Airborne Museum

Come and visit us